The PowerPack is the power source for your Inuheat compatible heated garment. The one-button design is easy to use. With the system’s unique magnetic connector design, no cables or plugs need to be attached.

Control your PowerPack either using the button on the PowerPack or with the Inuheat smartphone app.

The standby level only uses a small amount of energy, so the PowerPack only need to be turned OFF completely when not to be used for a longer period of time. 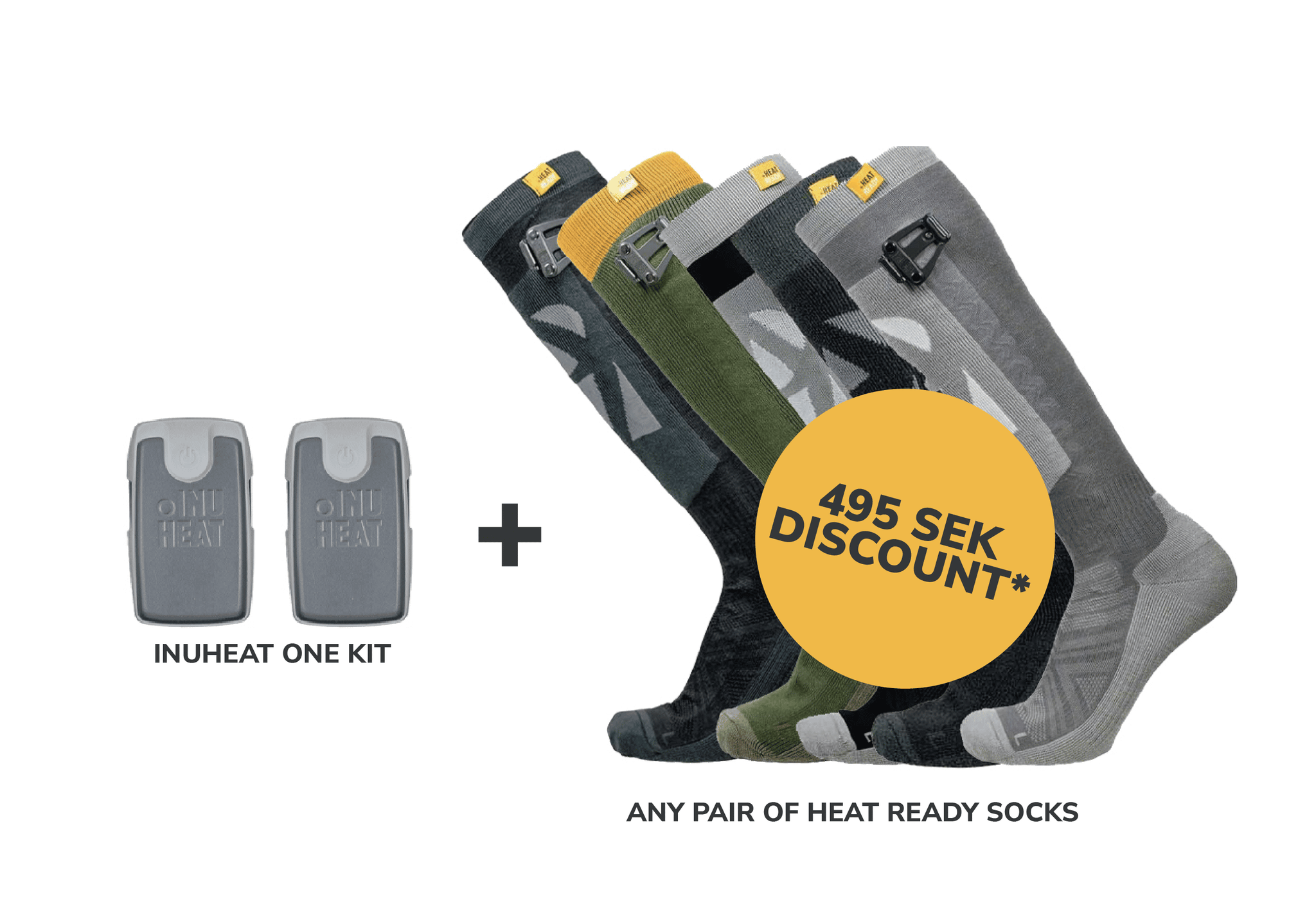